His code name: Kangaroo. His special ability: The Pocket--a unique portal into an empty "pocket universe," which Kangaroo can use to smuggle contraband throughout the Solar System for his intelligence agency employers.

The bad news: Kangaroo sucks at being a spy.


Even equipped with state-of-the-art, 22nd-century biotechnology implants, Kangaroo keeps screwing up. Now his whole department is under internal investigation, and Kangaroo's handler sends him away: mandatory leave aboard an Earth-to-Mars pleasure cruise, where the agency's auditors can't reach him.


But even on vacation, Kangaroo can't seem to stay out of trouble.

First, there's an unexplained murder on the cruise ship, and security thinks Kangaroo is the prime suspect. Then a hijacker seizes control of the vessel, threatening to crash it into Mars Capital City, and Kangaroo risks exposing his true identity to help the crew take back their ship.


When he discovers another spy on board, conspiring with the hijacker and intimately familiar with agency tradecraft, Kangaroo must face the possibility that this act of terror is an inside job. Cut off from his support team and unsure whom to trust, can Kangaroo prevent an interplanetary war--and prove he has what it takes to be a real secret agent?


WAYPOINT KANGAROO is a 115,000-word science fiction spy thriller. This is my first novel.


Thank you for your time and consideration.

Let's do something a little different today. This query is a Win on the First Try.

Tell me why. Use the comment column below.
Posted by Janet Reid at 1:45 PM 70 comments:

The amazing Michale Lewis has uploaded all the QueryShark archives to my DropBox account in pdf format.

The Sharkives are the QueryShark Archives in ten separate documents. Rather than clicking back and forth to each new entry, you can just scroll.

I think it's a great new tool for reading the archives.

If you'd like to receive these archives, send me a link to your dropbox account and I'll upload them to you. send me your email address and I'll add you to the Dropbox folder so you can share it.

Please list the email address you want me to use in the body of the email.

Your message should read: Please send an invitation to the Sharkives to: (email)

If you don't know what DropBox is, here's their site.

If you have questions/problems, post them in the comments column. We'll get an FAQ started.

In the meantime, three cheers for Michael! 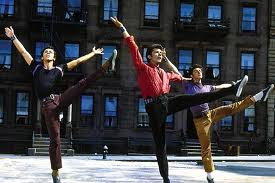 At fifteen, Vani is forcibly married to a gardener and becomes a servant in a British household. Her childhood dreams of becoming a teacher are shattered. Robbed of her innocence but not her optimism, Vani clings to her dreams as she aims to be her bigoted employer’s best cleaner by day and endures her husband's depravity by night.

Unless her husband's depravity is a major plot point, leave it out of the query, particularly in this first paragraph. Depravity is sort of a hot button word and you don't want agents thinking this a book about that if it isn't.


At sixteen, Vani is widowed. Her position is made tenuous by her employer, Mem Lynette. Returning to her parents an unimaginable option, Mem Lynette’s daughter and the long-serving Chinese servants rally to Vani’s side. Soon after, Vani is seduced by a new arrival, Mem Lynette’s nephew, Thomas. He captivates the spirited Vani with the flavours of an intoxicating city and vivid tales about his family. She falls in love with Thomas, who releases feelings in her she never knew existed. When he gives her his most prized possession before leaving abruptly for England, Vani is sure she will see him again. She begins night school, juggling homework with cleaning while she waits for him, oblivious to Mem Lynette’s suspicion and wrath.

this is a list of events. There's almost no sense of verve or excitement here.


At seventeen, Vani is a single mother. An impulsive move forces her into a desperate situation. As her employer’s family history begins to unravel, Vani must make the most important decision of her young life. Keeping her baby can only mean a precarious life ahead, tainted with condemnation and scandal. Giving her baby up for adoption means misery but also the life she always dreamed of and good prospects for her child. Dare Vani believe she can have both her baby and the dream life?

Set in the sixties, spanning the early years of Singapore’s path to independence, JACARANDA is women’s fiction, complete at 124,000 words.

This is my first novel. My memoir, Praying to the Goddess of Mercy, was published by Monsoon Books in late 2012.

Thank you for your time and consideration.


You can condense all this stuff about Vani to a couple sentences, focusing on where things change, and she has choices to make.  That will give you some room to expound upon what will make your novel stand out: time and setting.  You also need to ratchet up the language and zest here.  Right now this is a list of things that happen to Vani. There's no verve or style. There's no voice. That's absolute death in a novel, and pretty bad in a query.

At fifteen, Vani’s bright future is snuffed out when she is forcibly married. This unholy union takes her from her small Malayan town to Jacaranda, a British colonial home in Singapore. By day, Vani aims to be her employer’s best cleaner and by night, she keeps alive her childhood dreams of being a teacher while enduring her husband’s acts of depravity. She plans to run away before lunacy sets in, unless her husband kills her first.


Does she really have a bright future or is it just what she dreams for herself?

At sixteen, Vani is a merry widow***. She befriends the Chinese servants. Soon after, she is seduced by a new arrival – her employer’s nephew, John. Vani is introduced to the sights, sounds, flavours and wonders of an intoxicating city. She falls in love with John, who releases feelings in her she never knew existed. If her employer found out about this affair, Vani would be sent back to her parents, who would rather see her dead than their family name ruined. When John gives her his most prized possession before leaving abruptly, Vani is sure she will see him again. While waiting, Vani begins night-school, determined to be a teacher. She soon learns she is pregnant.


At seventeen, Vani is a single mother who vows to keep her daughter’s paternity secret. When her suspicious employer tricks Vani into giving her baby up for adoption, Vani is desperate. Keeping her baby can only mean a precarious life ahead, tainted with condemnation and scandal. Giving her baby up for adoption means misery but also the life she always dreamed of and good prospects for her child. Dare Vani believe she can have both her baby and the dream life?

If you stop here, it entices someone to read on.


With help from a motley group, especially her employer’s daughter, the Chinese servants and a teacher at her night school, Vani chooses a path which pushes her limits of trust, patience and confidence. In her pursuit of an education and self-reliance, Vani learns she can have much more than she ever allowed herself to dream.

By eighteen, Vani is beginning to live the dream.


If you stop here, you give away the entire plot=not enticing.

Set in the sixties, spanning Singapore’s early years of independence, JACARANDA traces Vani’s spectacular transformation from country bumpkin to shining star in a richly textured story of friendship, loyalty and love in a fledgling multi-racial nation.


Again, you're giving away too much story here.


JACARANDA is women’s fiction, complete at 87,000 words.
You still don't have enough words but this is a lot more hopeful than what you had before. I still think you need to clock in at 120k to have a fully furnished world built. Remember, the sights, smells and sounds of Singapore are essential here or you've just got a plain old romance novel.  (I've said this every single time you've revised, but I fear my words are falling on deaf ears!)

This is a LOT better format as well.


This is a workable query but I'm still worried that you don't have enough book yet.