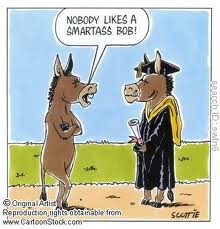 
Put all the housekeeping stuff at the end. Start with the good stuff: what happens.


Fourteen-year-old Charlene didn't come home from school today. Friends and relatives do what they can to console the Ives family, but only her safe return will suffice. With no witnesses to the abduction, and no demands for ransom, detectives focus their attention on the parents--they are not telling the whole truth. When a reporter overhears one cop tell another that the father is a person of interest, media speculation runs rampant.

John Ives is hiding something, but it's not the whereabouts of his daughter. It is the government-issue computers in the basement... and his past. Ronald Perkins, a former recruiter for the CIA and now Deputy Secretary for Homeland Security, knows Ives is not who he says he is, but doesn't care. Someone with an IQ of 180 and is not afraid to break the law is a valuable asset. With national security at stake, Perkins mobilizes forces to root out the perpetrators before Ives is exposed.

A waste of time, money and manpower. Her disappearance is not political.

Anna ignores her. The new girl will find out soon enough. Anna Bianchi has been locked in this cellar for more than two years. The same routine week after week, month after month. Chained at the ankle, forced to listen to the incoherent rants of a lunatic, Anna can't take it anymore and wants to die. The new girl says her name is Charlene. It doesn't matter. She's never going home either.

Much better. Make those changes and I think you've got a good query.

----------
She comes to in the dark. The flannel nightgown, the baggy underpants and the woolen socks are not hers. Panic forces the terrified fourteen-year-old upright. Nausea drains what little strength she has.
She gags with the foul odor in the makeshift prison. The room starts to spin. A shadow within shadows stirs six feet away. The ominous clink of a chain slithers on the far side of the cellar floor. Fettered at the ankle by the same chain someone, or something, pulls her closer...

This paragraph is just an event without any context.


It's the equivalent of putting the first paragraph of the book in the query. Don't do that. A query needs to provide some framework. Without framework, we don't know what's important.

If I were reading this query as a submission, I'd stop here. It feels like a psychological horror novel, and frankly, those things scare the crap out of me, and I don't read them.


Their daughter Charlene didn't come home from school that day, or the next, or the day after that. Friends and relatives do what they can to console the Ives family, but only her safe return will suffice. With no witnesses to the abduction, and no demands for ransom, detectives focus their attention on the parents. They are not telling the whole truth. Within hours, community support for John and Lauren Ives vanishes as media speculation runs rampant.


And this paragraph shows you've got something actually quite good: a high concept novel with a twist on the usual crime novel motif.
Trouble is, you don't have enough. Who's the hero? Who's going to solve the problem? We need the next step to see what the story is about.  You've got the concept here but nothing more.

When a stranger calls Trinity Esposito and asks her to donate bone marrow to the daughter she gave up for adoption sixteen years ago, Trinity is not worried about past sins being exposed. She’s never given up a child for adoption. Trinity explains to the caller that she has the wrong woman and hangs up, assuming that she will never hear from Rebekah Cooper again.


A week later, Rebekah appears on Trinity’s doorstep with the adoption paperwork of her daughter Sasha. Trinity is mystified to find her childhood address on the state’s form of conditional surrender as well as a signature that is not in her handwriting. Trinity abruptly realizes that this was not a straightforward clerical error. Sixteen years ago, someone stole her identity.


Proving to the Coopers that she is telling the truth is a simple matter of taking a DNA test; finding answers to why her name was on their paperwork proves much harder. Although Trinity willingly speaks to their private investigator and offers to help with their search, the Coopers make it clear that they don’t really trust her. After receiving the DNA results, they stop returning her calls.


Then Sasha Cooper stumbles upon her parents’ research and knocks on Trinity’s door, believing she is about to meet her birth mother. Gradually, as an unlikely friendship forms between them, what was Trinity’s search for answers becomes solely about finding the biological family that is needed to save a young girl’s life.

A RELATIVE CONCERN is contemporary Christian Fiction and my first novel. The first chapter follows below. The completed manuscript is 68,000 words.


Thank you for your time and consideration.

The plot that you've outlined is very dated. Without any other elements to spice things up, this is a Lifetime movie in 1993.  And because there are no other elements, this is an example of what agents and editors mean when they say the book isn't "big enough." There's not enough plot here to carry a novel. You need more, a lot more.

You need a bad guy. You need stakes. You need some sense of why this is a Christian novel other than you telling me it is. You need more story. This runs 68,000 words right now. You can EASILY add 20K and be ok on word count. You can add 30K and be ok if you have to.

Right now, quit worrying about the query. Go back and outline that novel and then start adding story. At least one subplot.  Some characters.

The set up of finding out her identity was stolen shouldn't take up more than 3 chapters or 30 pages. That's not plot. That's set up.

You might want to even put the novel on hold for 90 days and go read 20 novels in your category. Outline THOSE novels and see what the writers did to develop plot.  Pick good books and by that I mean ones that you like but also that other people like.  You can find word count for a lot of novels on Amazon under "text stats" in the INSIDE THIS BOOK section under all the reviews.

Trinity Esposito receives the most bizarre phone call of her life

you're telling us how it turns out  before we see what it is. Telegraphing the punch line in effect. If you start here ----> when a stranger asks her to donate bone marrow to the daughter she gave up for adoption sixteen years ago.


and complete the sentence with Trinity isn't worried about a secret being revealed. She's never given up a child for adoption then you have the event followed by the reaction.

Of course, that's just off the top of my head as I write this, first draft, so you'll want to polish it up, but my point is the structure of the sentence: event, then reaction.


The problem is that Trinity never gave a child up for adoption. Mystified as to how such a serious error could occur,


most likely what happens is Trinity explains she never gave up a child, they have the wrong Trinity, and then hangs up. Mystified comes later when she has time to think about it.

she hangs up, assuming that she will never hear from the woman again.

A week later, Rebekah Cooper (who is Rebekah Cooper?) appears on her doorstep with a birth certificate and adoption paperwork—both of which list Trinity as the mother of this sick teenage girl. Rebekah's daughter Sasha. Trinity willingly takes a DNA test, and her husband makes it clear that genetic proof is all that she owes the Coopers. But Trinity wants answers.

Ok, here is where you need sharper focus. Trinity's not the mom. Why does she think this is more than just a clerical error. Or someone else with her name. (There are at least a dozen people with my name that I know of) What does she suspect?

Her personal concerns fade when she meets Sasha Cooper and an unlikely friendship forms between them. Gradually, Trinity’s search for answers becomes solely about finding the biological family that is needed to save a young girl’s life, even if Trinity’s oldest friends are the ones who have betrayed them both.


And here's a plot failure point. Trinity is not the mom. Someone else is. Won't Sasha's adoptive mom be moving heaven and earth to find out who the biological mom is? Why is Trinity the only one looking?

And I have a feeling that final clause reveals much of the entire plot. Thus, leave it out.

A RELATIVE CONCERN is contemporary Christian Fiction and my first novel. The first chapter follows below. The completed manuscript is 68,000 words.

Thank you for taking the time to consider my query.

I'd probably read this query as is.  It's not a bad query. It does the one thing queries need to do: entice me to read on.

But, there are some problems here that might also be problems in the novel. It's great to get a lot of requests for fulls but very VERY disheartening to not then get offers of representation.

After your query is all polished up from the stuff you learn here, I hope you're applying it to the novel you're writing.
Posted by Janet Reid at 10:22 AM 13 comments:

If you prefer a private of your query